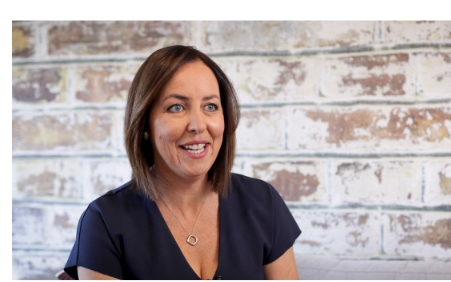 Liz Ellis is a netballer that needs no introduction. Commentator, author and one of the best defenders the world has ever seen!

Liz was the Captain of the national netball team for four years and played a record-breaking 122 games for Australia. She won three world championships and two Commonwealth Games gold medals

Liz, can you tell us and all the aspiring netballers out there, what’s the secret to your success?

This isn’t a particularly cool or inspiring answer but my secret was plain old hard work.  Initially that work was driven by the desire to make the Aussie team, then it was the desire to stay in the team, then to help the team to win, and finally to captain the team.

You said in an interview that Anne Sargeant paved the way for netballers showing them there was a profession if you were smart about what you did. How do you think netball has changed and what do you see for its future?

The big change is the fact that netballers can now be paid for simply playing.  When I was playing payment came in terms of different side hustles like sponsorships or coaching clinics which had to fit in and around with your training and playing schedules.  Nowadays players can simply choose to play and the side hustles are a bonus.  This means that the game has changed immensely because it is being played by stronger, fitter and faster women.

The future looks bright but it is not assured.   Netball still needs to get those who are playing the game to start to tune into the game on TV.  Ratings rule, so netball must keep working hard to ensure we convert our huge playing numbers into watching numbers.

Who are the great female role models in your life?

My mum is the first and greatest.  She still inspires me.  She is 77 and has just taken up outrigging!  She is incredibly active both physically and socially, and has no trouble keeping up with her grandkids.  I can only dream of being like her when I grow up.

I am constantly inspired to be like lots of the great women around me.  Keeley Devery who is the Head of Netball at Channel 9 was always a player I looked up to as I was coming through the ranks and I love now that she is my boss.

To see women stand up on the political stage and make a difference is incredibly inspiring too.  I am looking forward to the next state and federal elections to see what happens there.

You finished your law degree and are a qualified solicitor. How did you juggle the study and being an elite athlete? Was it a hard choice to leave law and enter the world of sport full time?

Juggling study and being an athlete was relatively simple – it really was a matter of communicating with lecturers and tutors who were really sympathetic with what I was trying to do and who bent over backwards to help me out.  The hard part was juggling work as a solicitor in a top firm with training and playing.  As much as my firm and the partners I worked for were prepared to be flexible, I felt like I was letting the team down on big projects with tight deadlines when I had to disappear for training or a long tour.  Eventually – and much to my disappointment – it became unsustainable.

While it was a difficult decision it was one that was driven by my passion to succeed at netball.  I took counsel from a colleague who had been a footballer and who regretted cutting his football career short to concentrate on the law.  In his words “the law will always be here, your sporting career wont”.  Once I looked at it like that the decision was relatively straightforward.

Lisa Alexander gets the current Diamonds team to journal daily. Did you ever journal while you were playing netball? Or do you journal now?

Nope but I wish I did when I was playing.

You are a commentator on Channel 9 for the Suncorp Super Netball and Sports Sunday. What do you think is the key for getting more netball lovers to tune in and watch the sport on TV?

I don’t think there is one particular key.  One thing that I would love is for netball associations to become more aligned with SSN teams, and to name their rep teams after them, for example rep teams could be Swifts or Lightning or Fever and that starts giving grassroots players the connection with the elite clubs.

It’s your turn to run a book club. Apart from your fabulous book ‘If At First You Don’t Conceive’, what book would you choose?

Hmmm I LOVE reading, so this is hard.  At the moment I am trying to get through Milkman by Anna Burns and it is hard going. I would love a bookclub to chat about it with!