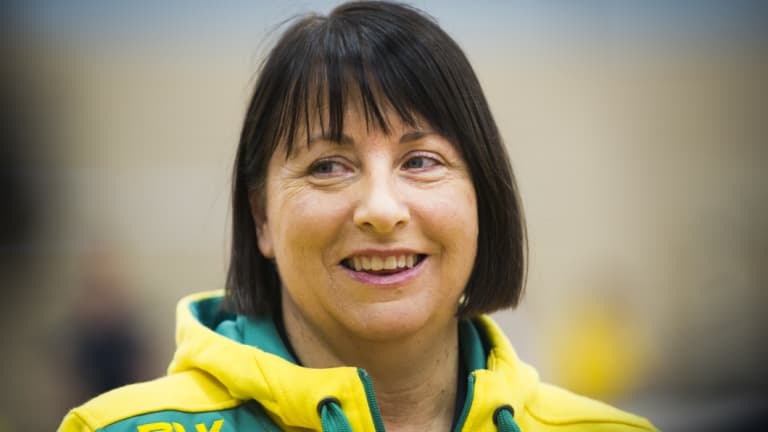 According to Lisa Alexander, a good Head Coach teaches players more than just tactics. We recently discovered that Lisa’s holistic approach to coaching included the use of journals. All Diamonds players and staff are presented with gold journals to be used throughout the season.

We were delighted to chat with Lisa and find out her thoughts on the benefits of netballing and why she sees the game as a metaphor for life.

What do you see as the benefits of journaling for a netball player?

Many Diamonds have found keeping a journal useful both for their professional lives as well as their personal lives.

Players are required to bring their journals along to coaching sessions, particularly performance analysis sessions where I’m trying to embed tactics and strategies. It’s really useful for them to review each session after it’s done.

I like players to get creative with their journals. Some players draw, some write. It’s up to them how best they use the journal

The diamonds journals all have blank pages to allow the players to create and record however they want.

Many players will also record events in a diary format so that one day they will be able to look back and reminisce but also so they have information in case they want to write a book. Both Laura Geitz and Julie Corletto were great journalers.

Journaling has a long tradition in netball, back in 1963, Margaret Kelder kept a journal which included set moves, positions and information on the opposition so they could find out their strengths and weaknesses.

Do you see keeping a journal as a tool for personal growth?

Using journals is consistent with our reflective practice approach that we have in the Diamonds Program. Players really get to understand and know themselves and their teammates in the high-performance environment.

It’s also beneficial off the court; if players are struggling or something is happening in their lives, we really encourage them to get their feelings and emotions down on paper so they can look at things more logically and assess them rather than carry it around in their heads.

Do you know of other coaches or sporting codes that use journals?

Netball Australia is introducing it into their national pathway. Many State teams are starting to use them for performance review and for athletes to reflect on their live.

Player Development Managers and Personal Excellence Coordinators in Football Clubs are also starting to use journaling to help players with their off court lives.

In modern world of social media, where do you see journals sitting?

As a respite from information overload!

In todays world we should use our time judiciously to assist us, not just flicking through social media.

We all need to have a responsibility to be disciplined about its use. Social media has so many advantages but we need to encourage and influence young people to be a bit more discerning.

Use journaling as a way of having an opportunity to reflect on daily practices.

Do you choose to look at social media over and above having a conversation with someone?

In the Diamonds environment, we spend so little time together that we really need to make sure that we converse with each other. We shouldn’t be on our phones sifting through what others are doing online.

Players understand that in order for them to become part of the team, it’s really important that they talk and connect at the dinner table or wherever they are and not be on their phones. The Diamonds are pretty good at self-monitoring

When you have little time with each other, connection, conversations and communication become even more important.

What evidence do you have to support your belief that journaling works on and off the court?

The Diamonds growth and development as players and as a team.

There has been a pilot program and we looked at a few players and their learning styles. Part of that was the use of journals and how that assisted their understanding of performance analysis, which both proved to be very successful.

Journals can help individuals to realize their own power and the influence we have on our own lives.

Tell us about your experience of mentoring and coaching in India?

As I have been to India so many times, I didn’t have to overcome the issues with culture shock such as the food and how hectic it is. I particularly enjoyed seeing it from a different perspective as the national coach touring around India.

I had the privilege to work with really motivated young people who are coaching and teaching other young people. I was really impressed by how good they were, both professional and caring. Their coaching practice is excellent.

They are full time coaches practicing their craft every day. They just wanted new ideas and practices from me.

To see young girls exercising, enjoying it, running around, playing netball in a country that is quite sexist blew me away. The face of women and girls is marginalised, so to see them being educated about health fitness was awe-inspiring and motivating.

Seeing a way of incorporating sport and health in connection with the community is exactly what I love about netball.

Netball in India has the know-how, the numbers and the skill. Once the systems are all organised, watch out! India will take on the netball world!

You describe netball as a metaphor for life. can you explain further?

It’s a way of life. Organised chaos. We are continually trying to organise and control things as humans, Netball is the same.

To be successful you need great teamwork, people who will put team first. That’s what makes communities and lives fulfilling. Humans are very individualistic at this stage of our history. Netball has a way of bringing back both our use of teamwork and community, working for each other and with each other. More team success rather than individual success. That’s why it’s a great sport to hook into for the future. Grass roots level particularly, teaches really good values for young people.

Why do you think the Australian NetSetGo program so successful?

It’s an exciting space for young people to develop their skills. It’s been studied pretty closely what fundamental motor skills are what kids 5 years old and up need to learn as it’s very important for their holistic development.

NetSetGo a progressive skill based program that keeps challenging individuals in a team context.  It’s fun and engaging for young kids, which it has to be. They learn different positions, different ways to do things and work together for a common goal.

How would you describe your coaching style?

As one that empowers athletes and young people – not just be good at their sport but to be good at life in general. To understand their responsibilities, especially at an elite level. It’s not always easy to do consistently. I’m about coaching the whole person.

I know and understand it’s the athlete that does the work out on court, I’m just directing them. They are great artists doing their work and they need refinement, sometimes a quiet word, sometimes a rev up. Just like the conductor of an orchestra you have to understand the different parts of the orchestra. My coaching is very relationship based.

Who are the great influences in your life?

From a netball coaching perspective, it’s Joyce Brown who I turn to when I need advice. She is always spot on with advice and very careful with what she says. She acknowledges that I need to make my own decisions but she always helps me to seek some clarity.

She is always very positive and very motivating. I appreciate that very much.

Sports have their own culture and he understands that.

Your turn to pick a book for book club – what would you choose?